It was first introduced in the United Kingdom in 1899, when entrepreneur Edward William Barton-Wright sponsored a visit from a team of Japanese judoka with the intention of establishing a Jujutsu school in England. 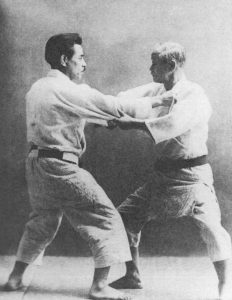 The introduction was not immediately successful, but some members of the team, including Yukio Tani, remained in England and gradually cultivated public interest in Judo and other types of Jujutsu through demonstrations, instruction, and prize fighting.

The United Kingdom’s first Judo dojo, the Budokwai, is the oldest in Europe and was founded by Gunji Koizumi in 1918 with Yukio Tani as its chief instructor.

Felixstowe Judo Club was founded in 2008.